I was introduced to Memoir 44 at my Friendly Local Game Store in early 2017. Since then I've gone crazy for the game.


• Memoir 44 is my Desert Island game.
• I play scenarios on their anniversary
• Once played a 1 in 81,000 game: Rolled 26 dice for only 1 figure (4% hit rate; see Image Gallery below)
• Love recruiting new players
• I store an extra copy of each expansion at my brother's home in case of a zombie apocalypse
• Attended WBC in 2017
• Combat Psychology - I've published articles about WWII combat veterans
• Looking for other games to try? I review a ton on my BoardGameGeek.com account (MajorAirfix)
• My name, "Airfix," was the brand of 1/72 scale army men I played with in the late-1960s ("Rosebud, Rosebud . . .")


Thanks to all of you who have published great materials, like Praxeo, rasmussen81, and jdrommel. Also thanks to the people who have helped me become a better player and have given me great advice, like Tank Commander, Gheintze, Jeronimon, Clexton27, CAMiller, Sam1812, Cpl_Uhl, and JJAZ. I'm looking forward to giving back. I've lived in the Netherlands and France, and I hope to meet some of the great European players in person at the French Open, Dutch Open, or Belgium Open some time soon. 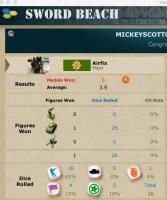 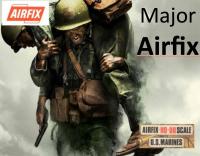 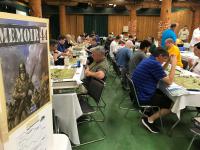