A new world opens before you with untouched land as far as the eye can see. Your boat glides up a river and you examine the banks, appreciating the beauty of your new home. Expand your territory, cultivate your land and exploit your resources to construct the buildings that will make your settlement the most impressive in the region.

In The River, players struggle to make the most amazing settlement of this new world. In order to outmatch your opponents, construct valuable buildings and cultivate your river banks into harmonious and productive tracts. Reserve resources, enlarge your territory, and block your competitors… Every decision counts in this fast and streamlined tile-placement game. But be careful, some of your pioneers will decide to settle along the way and the lack of a workforce could cost you the victory.

But keep an eye on your opponents! If you aren’t careful they’ll claim the richest land before you even have a chance to set foot on the bank! 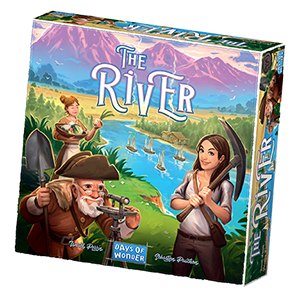 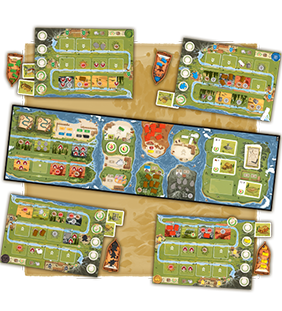 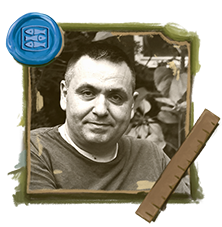 Since childhood, Ismaël has aways been fond of classic card and board games. He enjoyed playing these games with his friends and family, using game sessions as opportunities to design new rules and variants, but not always the best ones though...

When he grew older, he discovered that there was a world beyond the games sold in department stores, and jumped head-first in modern board games. From there, the desire to discover and buy new games has never left. Quite often, he mischievously takes advantage of his non-gaming friends by suggesting that they play a game or two, and is delighted when they come back for more...

He is about to finish his Chemistry degree in Lausanne (Switzerland) and works in a small company which provides medical devices in Vevey, where he has been living for a few years. It's there where he met Sébastien, during game nights organized by the latter.

They got to know each other better and realized that they share the same taste when it comes to games... which finally lead to the co-design of The River. 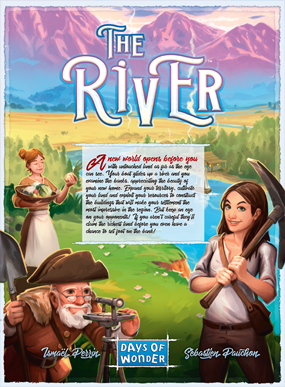