The official adaptation of Days of Wonder's best-selling train game, Ticket to Ride takes less than one minute to learn but a lifetime to master.

With tension building at every turn, it's definitely NOT your Father's train game!

It's not just exciting – it's addictive!

Play Solo or Online. With over 97 million games played Online, and a new game starting every 4 seconds on average, Ticket to Ride is the ultimate online board game experience.

“...the best translation of a board game to iOS yet” 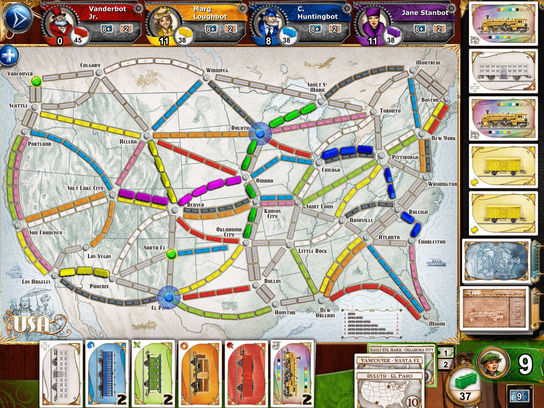 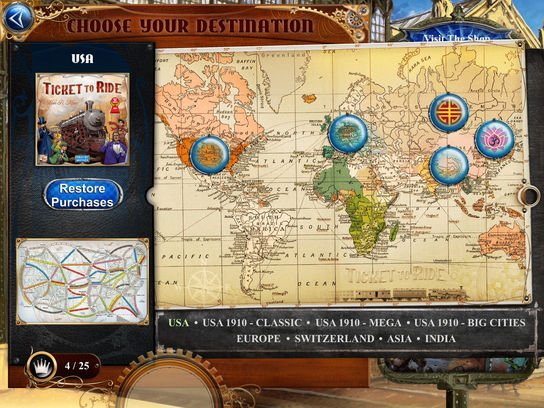 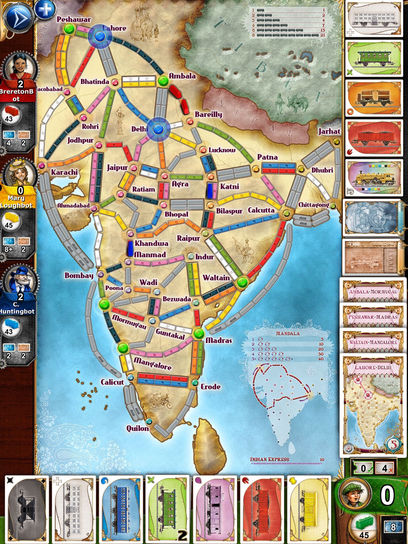 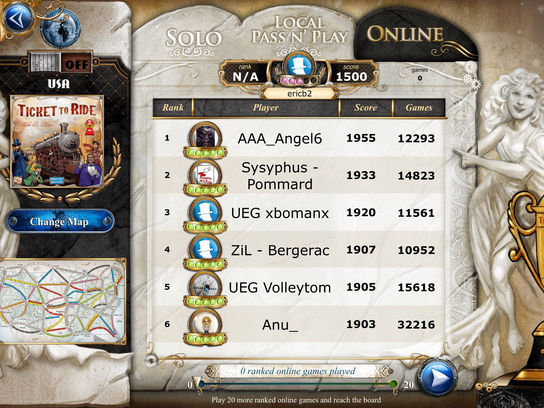 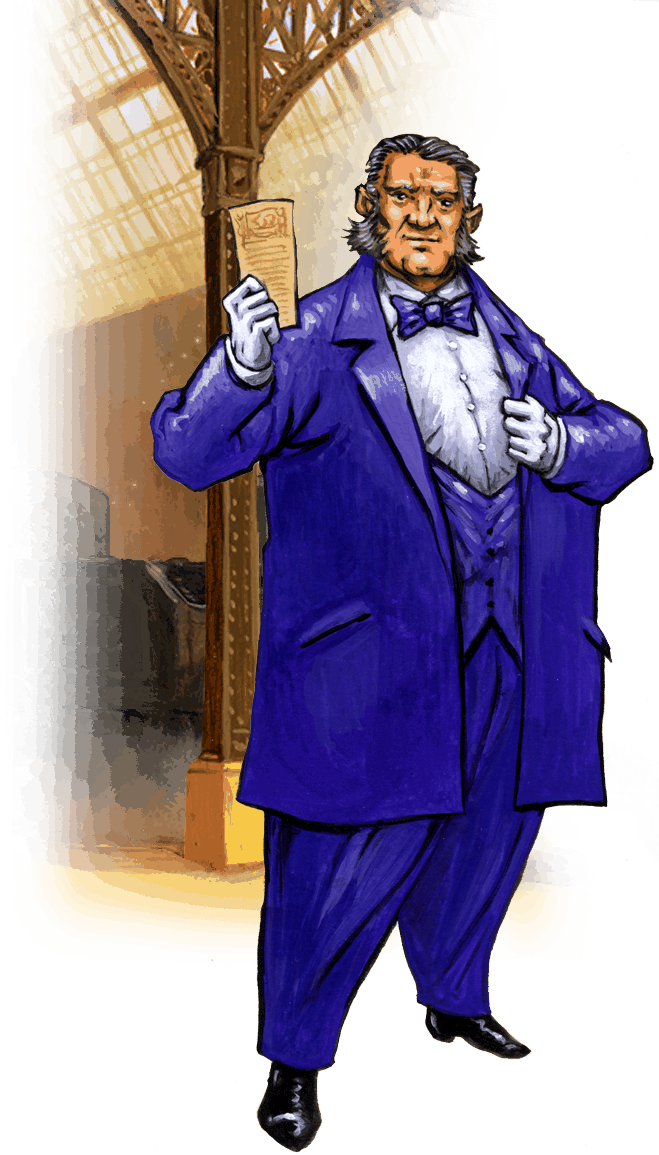 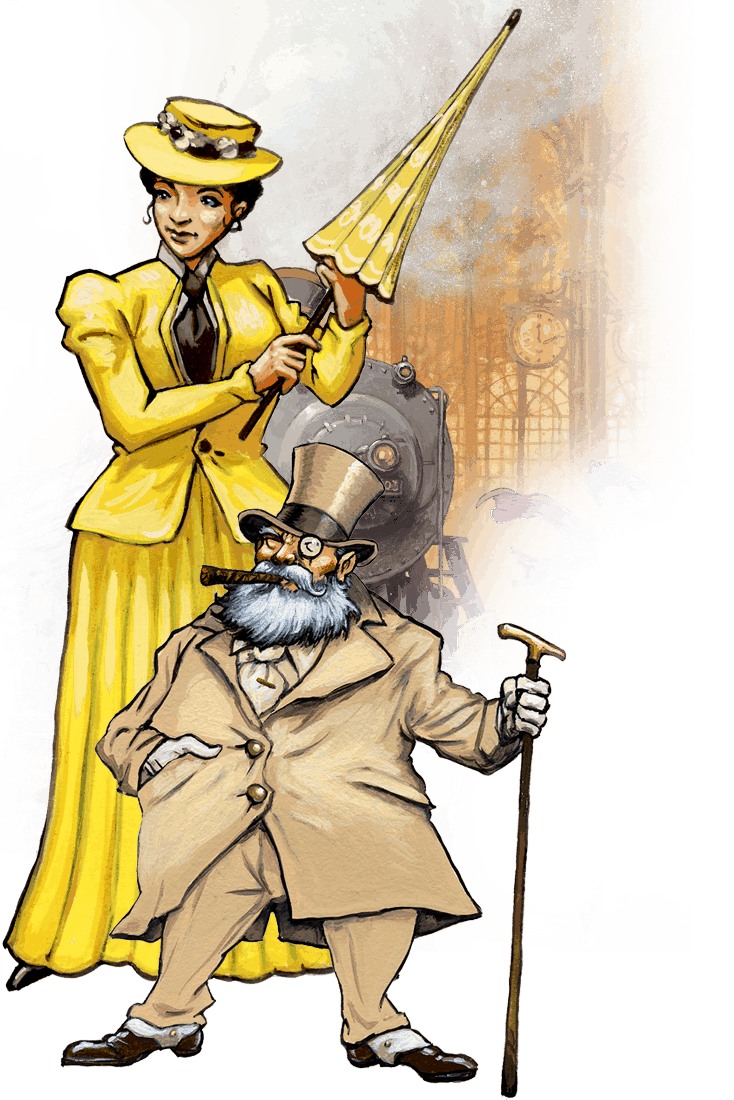