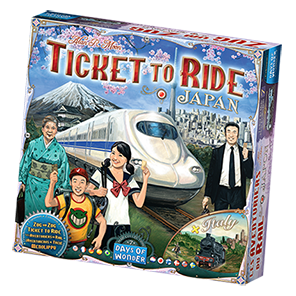 Zoom across Japan in a bullet train admiring Mount Fuji through the mist or take the Tokyo subway to your final destination. On this map, you face a dilemma between investing in the Bullet Train network, routes that can be used by all players to complete Destination Tickets, or focusing on your individual tracks. Weigh your options carefully because the players who contribute the most to this shared project will be rewarded with a larger bonus...and players who don’t build any Bullet Trains will suffer the consequences!

This Ticket to Ride© expansion also includes the Italy map which is focused on the Regions in this country and on a brand new type of Ferry Route. Connect cities from all Regions in the same network to score extra points. 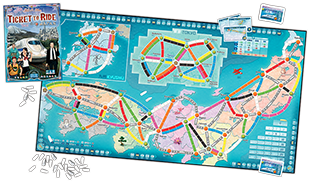 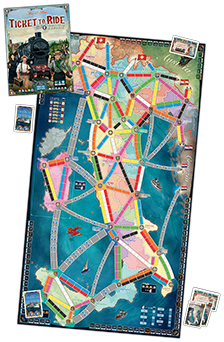 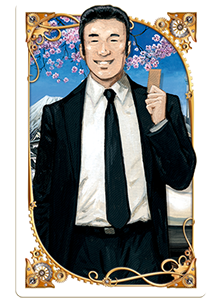 Ticket to Ride Japan and Italy are both big maps. But the game play is totally different. Italy plays big, very big. You'll almost certainly need to complete some long routes, including long Ferry routes. You'll need to plan all of your routes well to connect as many provinces as possible. These big bonus points can win or lose you the game, so in some games you'll want to go for the maximum. But in other games you'll need to concentrate more on your own long tickets. There are lots of long tickets, so drawing tickets early may be an alternate path to victory.

Japan is just the opposite as it plays small. But if anything, this map takes more planning, not less. It's a game of cat and mouse with your opponents. Do you build lots of Bullet Train routes and try to win the most bonus points? Or do you ignore the Bullet Train routes, hoping others will build the routes you need for you, and instead concentrate on building your own routes that connect your tickets? Do you build Bullet Train routes early to make sure they get built, or do you wait and only build the ones you need that no one else builds? This can be dangerous though, because if no one builds the routes you need, you may wind up with too few trains to build them.