From the Baltic Sea to the Tatra Mountains, Poland offers wide open vistas just waiting to be discovered. Take in the fresh sea breeze on the Gulf of Gdansk, or maybe you prefer the charming mountain trails around Zakopane! Ticket to Ride: Poland takes you on a unique journey into a rich past as you play the role of a railway magnate from the 1950s.

Gain a monopoly over Polish public transport by claiming routes between cities, but don’t overlook the importance of connecting neighboring countries with each other as well. The race is on; the sooner you facilitate those international connections, the higher the reward. 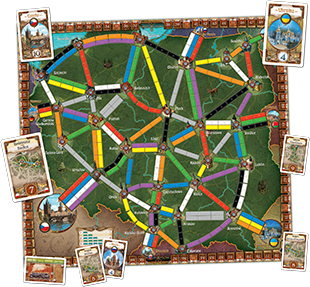 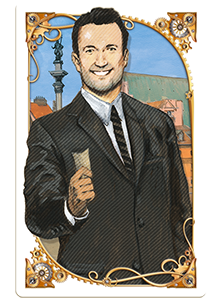 In this version, expanding your railways to other countries is essential to ensure the sustainability of your network. You will also need to pay more attention to other players’ moves if you don’t want to see the last Country card slip through your fingers at the last moment.